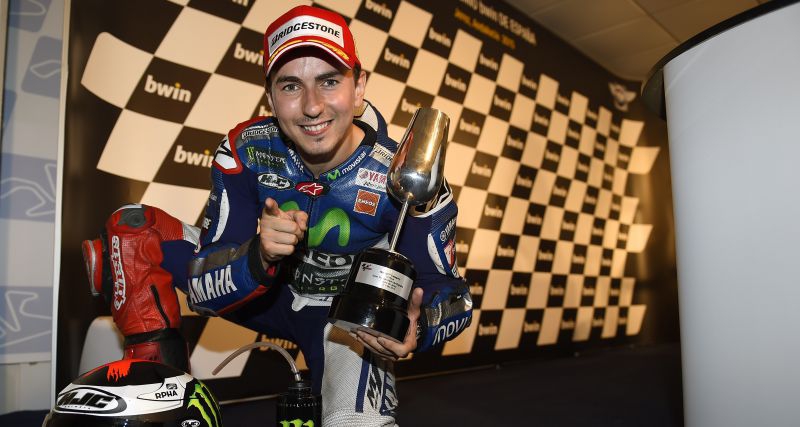 Lorenzo started usually well and was leading the pack right away.
His pursuer Márquez suffered from his injured finger on the left hand, so the current world champ wasn’t up to 100 per cent. Still the spaniard was able to follow Lorenzo, whose lead increased with every turn.
After a few laps of trying to close up to Lorenzo, Márquez settled for securing the second place.

Behind the two spaniards, Rossi tried to repeat the action from Argentina two weeks ago and worry Márquez with closing up on him lap by lap.
But just like Márquez, after a couple of laps the italian decided to stick with the podium finish and secure important championship points.
For Rossi it’s the 200th podium position in his entire career.

CWM LCR rider Cal Crutchlow followed the nine-time world champion in fourth place.
The briton started into the race from sixth place and after a fight with Suzuki pilot Aleix Espargaró and his younger brother Pol Espargaró could even save a fourth slot.
After the Podium Position in Argentina, Crutchlow continues to collect championship points and seems to enjoy his new bike.
Pol Espargaró secured his by-now best race position at Jerez in fifth place.

The only Ducati rider in the Top Ten this weekend was Andrea Iannone. After starting from the first row, the italian had a bad start and fell back to 11th place. Through the race, Iannone kept fighting and could finally take home a sixth place. He was followed by Aleix Espargaró in seventh place. It’s the third Top Ten result for the spaniard since his arrive in the all-new Ecstar Suzuki Team.

Championship second Andrea Dovizioso suffered from a self-inflicted mistake and fell back from eighth to twenty-second place.
Of course the Ducati rider was able to close up on the front and ended the race in ninth place.
With Rossi in third place, the gap between him and Dovizioso opened up to 15 points.
Pramac rider Yonny Hernández completes the Top Ten.

The next round of the MotoGP championship takes place at Le Mans, France at May, 15th. 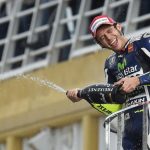 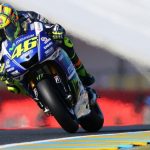