Due to a still complex pandemic situation, today Dorna released some updates to the 2021 MotoGP Calendar. Argentina and America are moved out of the Calendar and labeled as “postponed” to a later date. In their place, a second Qatar Grand Prix is introduced on the 4th of April, temporarily renamed the Doha Grand Prix, and the Portuguese Grand Prix returns, at the Algarve international circuit on the 18th of April.

It has to be said that the Finnish KyimiRing circuit, where the three classe should race on the 11th of July, is still subject to homologation by the federation. Same applies to the Mandalika street circuit, in Indonesia, which is one of the reserve tracks available to the Spanish organization.

Dorna, the rights holder of the MotoGP World Championship, has issued the Provisional MotoGP 2021 Schedule.

More than a provisional calendar, the schedule shared by the Spanish organization is a manifesto of intent: 20 races, 9 months of competition and a very similar structure to that of recent years, with the usual Qatari opening, the American tour, a conspicuous European leg, the Asian flyaways and the gran finale in Valencia.

There are still several uncertainties regarding some venues.

The historic track of Brno, in the Czech Republic, struggles to find its place in the 2021 MotoGP calendar, due to frictions between the local government and the FIM: the latter would require a resurfacing of the circuit as per FIM regulation, but cannot seem to find an agreement with the South Moravian government, which has no intention of allocating funds for the operation at the moment.

The Kymiring seems to be facing a similar issue, for Finnish organization has completed the main works for the track but has not yet obtained an official homologation.

The threat of COVID-19 and 3 backup Races

Ezpeleta and Dorna will try to confirm this MotoGP Calendar 2021, but cannot overlook the threat of the virus. For this reason, MotoGP already have three “backup” Grand Prix in its drawer: 3 cards the Series may want to play if they were to deal with a resurgence of the pandemic. These backup races are:

If you’d like to learn more about how sponsorship can benefit your business, please visit our MotoGP sponsorship page. 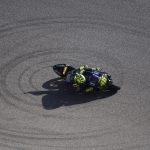 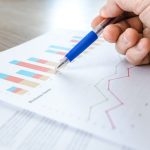