Sauber F1 Team today confirmed that Caterham F1 driver Marcus Ericsson will race for them in next year’s Formula One world championship. The Swede made his F1 debut at the start of this season, but his future has been uncertain recently due to Caterham going into administration.

Marcus has had a turbulent first season in Formula One racing. He has had a best finish of 11th at the Monaco Grand Prix, but has also frequently been out-qualified and out raced by former Sauber driver and current team-mate Kamui Kobayashi. He and Kamui have had their F1 futures put in jeopardy after the Caterham F1 team’s financial problems took hold.

“Fresh from a very turbulent week, I was suddenly given my best early Christmas present ever,” said Ericsson. “It makes me proud as Sauber is known to be one of the best teams in developing young drivers.”

“We have got to know Marcus as a highly motivated driver,” said team principal Monisha Kaltenborn. “He did not have an easy rookie season this year in Formula One, however, he kept calm and improved continuously, mainly in the last races. We are convinced that signing Marcus can give the team a fresh impetus.”

Ericsson’s signing means that one of Sauber’s current drivers, Adrian Sutil and Esteban Gutierrez, will not retain their drive next season. Adrian Sutil has commented recently that he feels confident that he will remain with the team, but Gutierrez brings vital sponsorship money from Telmex which could be vital to the Sauber team given that they too aren’t as stable as they would like to be financially.

Simona de Silvestro was set to take one of the Sauber seats next season before her partnership with the team came to an unfortunate end. Sauber reserve driver Giedo van der Garde is understood to be in with a shot of taking the final seat as well. 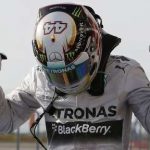