Movistar Yamaha MotoGP‘s Valentino Rossi has taken his third consecutive third-place finish in the 2018 MotoGP World Championship at today’s Gran Premi Monster Energy de Catalunya. Teammate Maverick Viñales endured a tough start at the Circuit de Barcelona-Catalunya. He placed mid-pack after the start but made up positions in the second half of the race to take sixth place crossing the finish line.

Rossi had a good start from seventh on the grid and stormed to fifth going into Turn 1. One lap in, he passed Andrea Iannone and was in pursuit of the three-rider front group. He wasn’t quite able to match their pace at the early stages, but kept piling on the pressure, making sure he never lost touch.

With Andrea Dovizioso crashing out in lap 9, the Doctor moved up to third place. With a 3.5s gap to the leaders and over 2.5s to the rider behind him, the remaining 15 laps were a lonely ride for the Italian. He focused on maintaining the advantage and secured his third consecutive third-place finish, with a 6.098s margin to first.

Viñales had trouble getting away from fourth place on the starting grid and fell back to tenth position. He passed Bradley Smith on lap 4, and after Dovizioso crashed out the Spaniard soon overtook Iannone. He moved up to seventh and got into a battle with fellow Yamaha rider Johann Zarco. He had to let the Monster Yamaha Tech3 rider through, but cleverly stayed on his tail.

The pair started to produce multiple personal best laps and together overtook Danilo Petrucci on lap 14. Viñales was up for the fight and fired in his first attack on Zarco with 10 laps to go, but was unsuccessful. Seven laps later he put in a second attempt and grabbed sixth place. He was on a good rhythm and threatening Dani Pedrosa in fifth, but came just short. He took the chequered flag in sixth position, 10.798s from the leader.

Rossi‘s third place keeps him in second position in the championship standings with 88 points, 11 points ahead of teammate Viñales, who remains in third position. Yamaha moved down to third place in the Constructor Championship, with a 26-point margin to first, while the Movistar Yamaha MotoGP Team remain in first position in the team standings and now have a 10-point gap to the second team.

MotoGP will be back on the Montmeló track tomorrow for a one-day test. After that they will return to action for the Motul TT Assen round, held at the TT Circuit Assen from June 29th – July 1st. 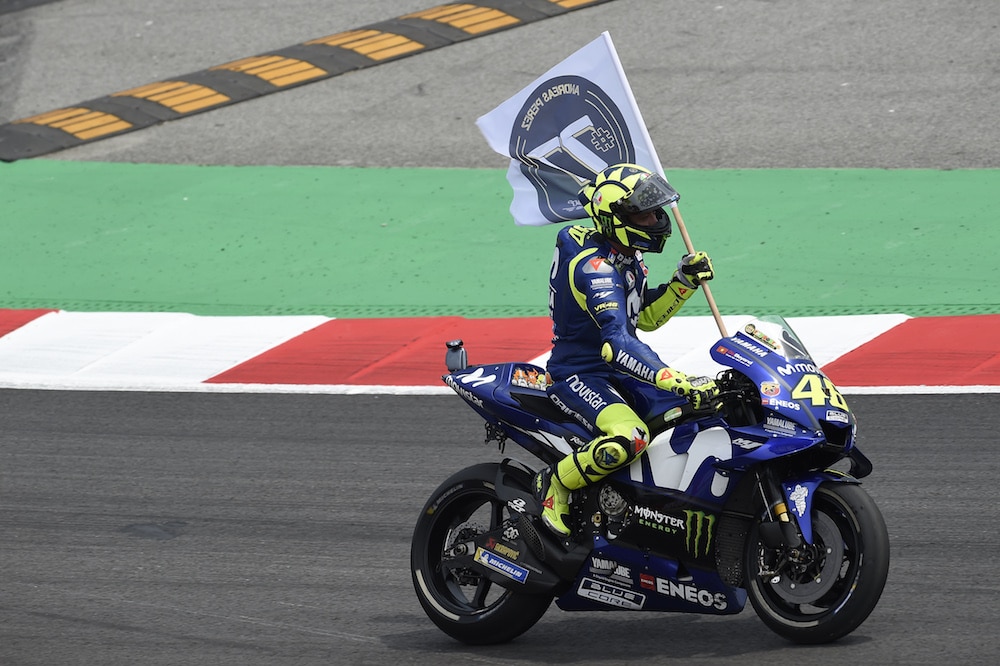 Yesterday, after the practice sessions, I saw that my rivals were a bit faster than I was. I was very close to the second group, but this morning we improved the settings with my team, together with Silvano, and then I had better turning and could go a bit faster. After that I wasn‘t far off, but unfortunately just not close enough. Later Dovi made a mistake and I arrived on the podium. I‘m happy because last year at this race track we struggled a lot – it was a disaster – while this year I was able to keep up the pace until the last lap, in a good way. These are also important points for the championship, because I’ve gained a small advantage to defend second place and we have to continue like this.

I had a lot of trouble in the first laps, especially at the start, I seem to be the only Yamaha to have problems, I really don’t understand it. I need to have the possibility to start well and then, for sure, it’s going to be another race. When I’m alone on the track I can do the same rhythm as Jorge and Marc. We need to keep working, stay focused on our side, to be strong. It’s difficult right now, but we’ll keep pushing. I know that when the bike is good I’m there at the front, that’s why I’m calm. 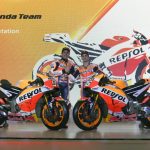