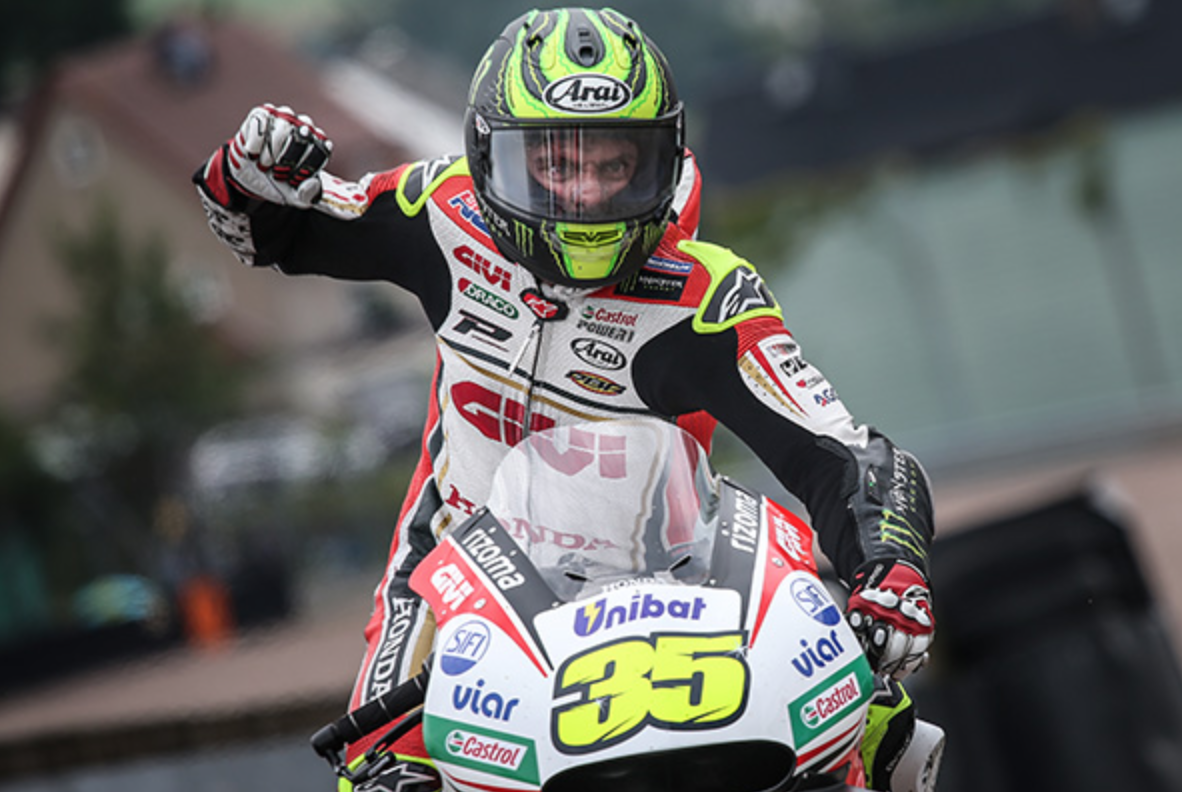 Cal Crutchlow sealed his first podium position of the season with a brilliant ride to second place in treacherous conditions at the Sachsenring in Germany. The LCR Honda rider had shown himself to be quick in all conditions over the weekend, but had frustratingly missed out in qualifying, and so started the race down in 13th.

The Brit had to set about his recovery in the rain, with a fully damp track meaning wet tyres were the only choice, however having gone with the harder front option, it took time for him to get up to speed. Once the surface began to dry, he soon started to pick his way through the field and as riders began to make their bike changes, Crutchlow lay in third.

Cal finally decided to enter the pits to switch onto a bike fitted with slick tyres with seven laps to go, and emerged in fifth. After scrapping hard with Andrea Dovizioso, he soon made it back up to third, before sliding past his compatriot Scott Redding with a lap to go. He safely crossed the line triumphantly in second place, to seal his best result as an LCR Honda rider so far, and celebrate with the podium champagne for the first time this season.

“I should have come into the pits earlier, but I didn’t see my pit board, so I came in with Rossi and Dovizioso because they were leading. It was a case of settling for a possible podium or staying with the leaders, and I chose that.”

“I’m looking forward to a small celebration tonight with the LCR Honda Team, we deserve it so much and we can now go into the summer break and the remainder of the races so happy. I also missed my wife Lucy this weekend, it’s only the second race she’s missed in nine years, but she is set to give birth just before the next grand prix in Austria, so I can’t wait for that now.” 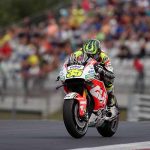