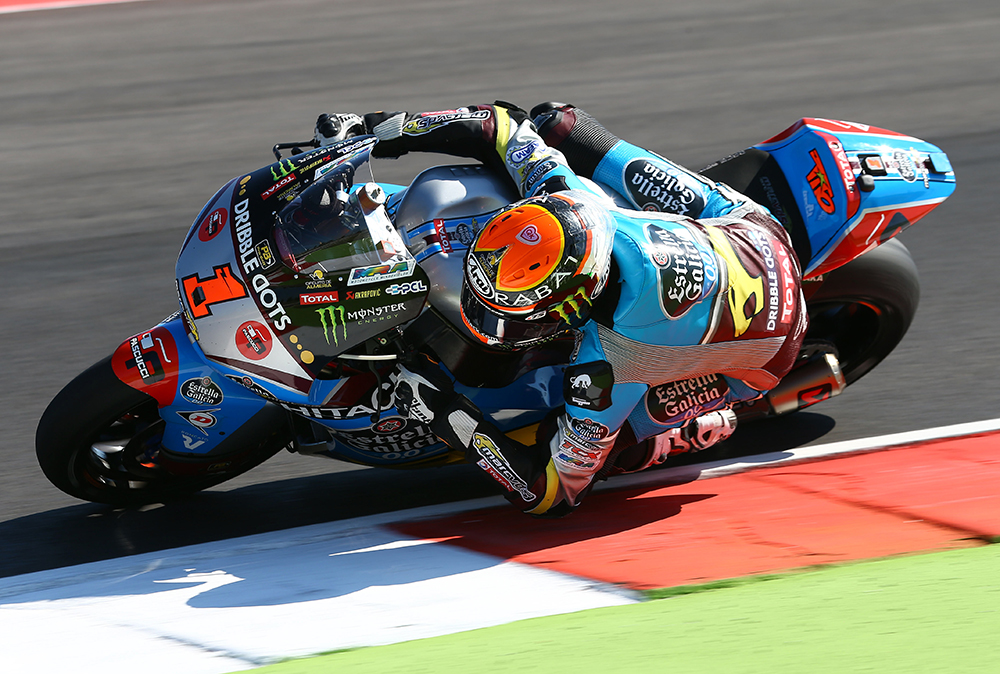 Gosselies, Belgium – 22 September 2015: Team Estrella Galicia 0,0 Marc VDS riders, Tito Rabat and Álex Márquez, will have the home crowd advantage this weekend, as they head to Motorland Aragon for round 14 of the 2015 Moto2 World Championship.

Rabat has been on the podium in the last three races, with second place in Brno and Misano and third place in Silverstone. The reigning Moto2 World Champion is looking to extend his run of podium finishes at Aragon but, after finishing in second place there twice in the last two years, he heads into this weekend determined to fight for his second race win of the season.

The Team Estrella Galicia 0,0 Marc VDS rider is also keen to extend his lead over his compatriot Álex Rins in the Championship standings. Rabat currently lies second, 17 points ahead of Rins and 93 points adrift of current Championship leader, Johann Zarco.

Márquez heads to Aragon with some confidence, despite crashing out of the last race in Misano. The 19-year-old has twice finished on the Moto3 podium at Aragon and completed a very successful two-day test at the circuit just a few weeks ago.

The reigning Moto3 World Champion has targeted a podium finish in the second half of his rookie Moto2 season but, while he came close with fourth place in both Brno and Silverstone, so far this goal has eluded him. Márquez will be pushing hard this weekend to achieve his goal and he can count on the support of the partisan Spanish crowd, including the Álex Márquez fan club, who will be out in force this weekend in Aragon.

Tito Rabat:
“We head to Aragon with the same objective as every other race; to make one step more with the bike and to fight for the race win. We’re getting there. Misano was a good race for us, with a good rhythm in the final laps, so we’re definitely close. Aragon is a home race for me, but it doesn’t really change my approach, which is always to work hard in practice and qualifying and then push for the win. The track is one I like, especially the very fast part! The weather looks like it’s going to be good over the weekend, without the wind that can sometimes cause problems at Aragon.

Álex Márquez:
“Misano was a difficult weekend, but despite not securing the result we’d hoped for, we still learnt a lot in the race and in the one-day test afterwards. It means I head to Aragon completely motivated and looking forward to racing on a track at which we’ve tested with the Moto2 bike previously this season. It’s also my home race and there will be a lot of people making the trip to Alcañiz from my hometown, so I’ll have plenty of support this weekend. If we work hard from FP1 until the race then I hope we can give them something to cheer about on Sunday, maybe even my first Moto2 podium!”

MotoGP: Toni Elias to ride for Forward Racing for the rest of the seasonMotor Racing, Motorsports 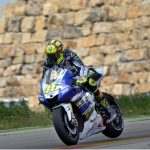