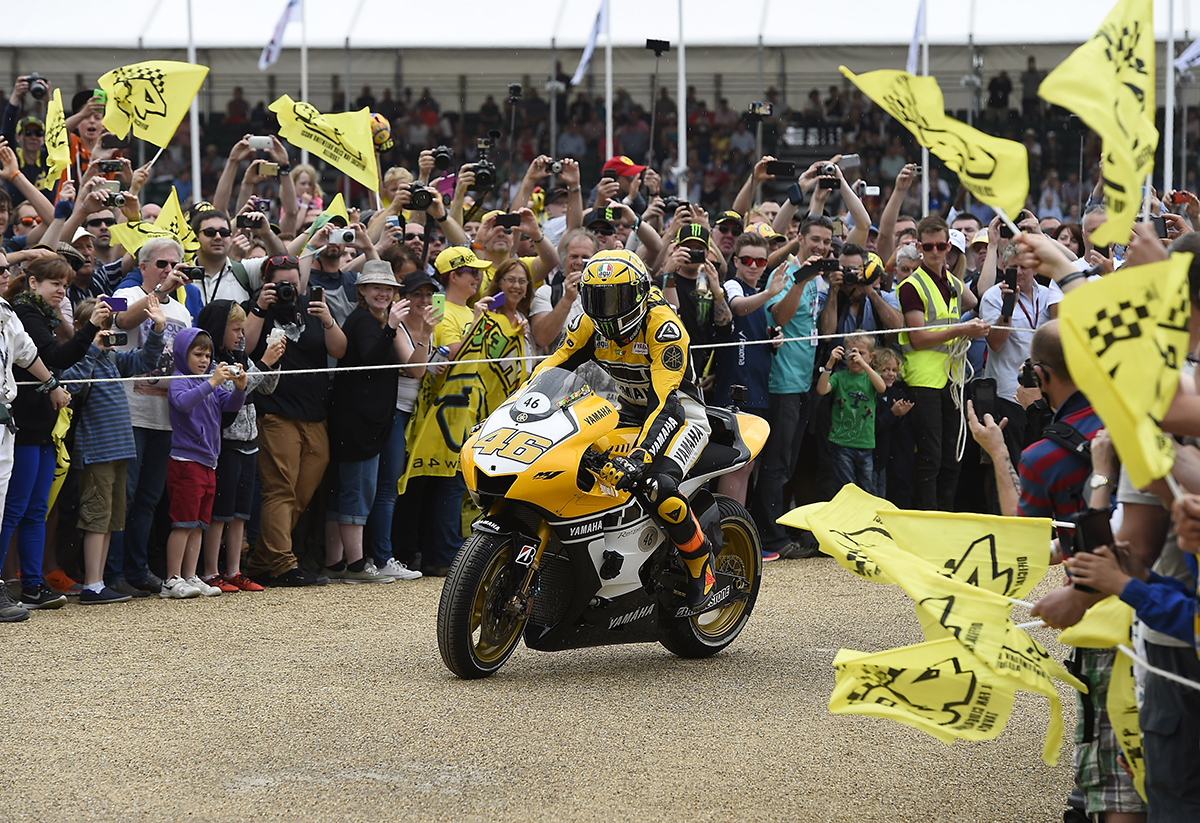 Valentino Rossi shone as a special guest at the 23rd edition of the Goodwood Festival of Speed, where Yamaha Motor Co., Ltd. celebrated its 60th anniversary.

After a stunning race at the TT Assen Circuit yesterday, where Valentino Rossi won his third race this season, the 111th in his career, starting from pole position, yesterday the Movistar Yamaha MotoGP rider made his first ever appearance at the prestigious Goodwood Festival of Speed, which carried a theme of nostalgia and pride in the growing interest in motorsport, as Yamaha Motor Co., Ltd. took the occasion to celebrate its 60th anniversary.

They had the pleasure of joining a star studded guest list including numerous famous sportsmen, celebrities and VIPs, for a gala dinner and ball on the Saturday evening at Lord March‘s grand estate, before the action started the morning after.

The unveiling of Rossi‘s bike was followed by the Doctor delighting thousands of spectators when he rode up and down the 1.16-mile Hillclimb in the yellow livery at 11:40 am. The special colour scheme of his YZR-M1 was similar to the one he and Colin Edwards sported ten years ago when they marked Yamaha‘s 50th anniversary at the Raceway Laguna Seca with a double podium.

After the thrilling ride, involving a 300ft rise, there was more excitement waiting. Rossi was interviewed by Goodwood TV on the balcony of Lord March‘s mansion before joining the host and Formula 1 rider Nico Rosberg for lunch.

The Italian concluded his first Goodwood experience by honouring this year‘s theme of the Goodwoord event, ’Flat-Out and Fearless: Racing on the Edge‘. He fully enjoyed riding in a historical Le Mans-winner as well as a rally car, before heading home to prepare himself for the Grand Prix in Germany, to be held in two weeks‘ time 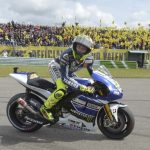 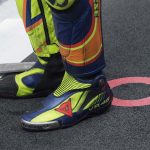