The Octo British Grand Prix brought lots of thrills for the Movistar Yamaha MotoGP Team, including a double podium as the end result. Maverick Viñales perfectly managed his rear tyre life to challenge for the win in the final stages, and secured a brilliant and hard-fought second position. Teammate Valentino Rossi kept up a superb pace and led for most of the race, but was unable to fend off the competition in the final stages and took third place.

Viñales had a good launch from fourth and held his position into the first corner. With his teammate attempting to take off at the front, he decided to make an assertive start, swiftly moving past Cal Crutchlow for third. He then lined up Marc Marquez overtaking him on lap 3, so he could chase Rossi, who by then had created a gap of over one second. 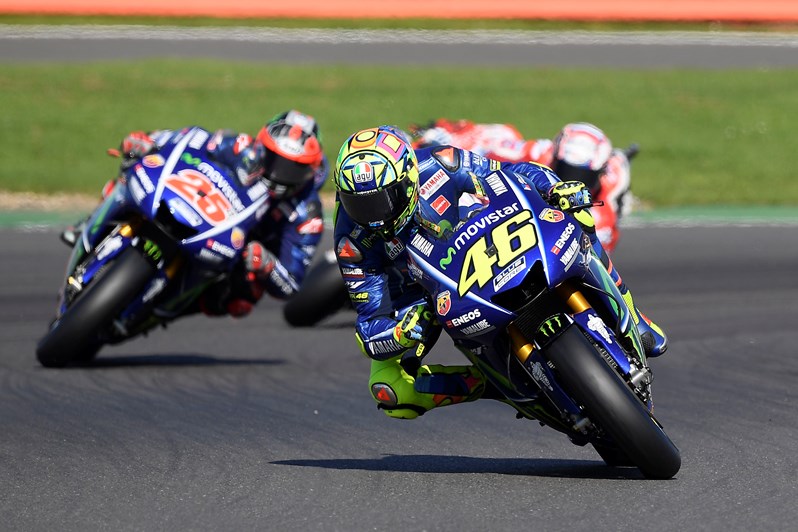 The Spaniard pushed to the limit and looking threatening with an, on average, 0.5s margin to his teammate. He nearly was able to make his first attempt at taking over the lead, when Andrea Dovizioso made a move with ten laps to go, which was the start of an intense battle for second place. Viñales fell back behind Marquez to fourth, while the scrapping allowed Rossi some breathing space, but the battle wasn’t over.

As Marquez retired from the race, the number 25 rider was able to fight his way back to the leading group and passed his teammate for second place with two laps to go. He then put the hammer down, giving Dovizioso a run for his money, but came just 0.114s short and finished the race in second place.

Another record for VR46

Today Rossi became the first rider in history to start his 300th premier class Grand Prix and showed no signs of slacking off in the 20-lap Silverstone race. He had a flying start from second, taking the holeshot, and immediately put his head down to open up a nearly one second gap over the first two laps.

He was looking to check out, and held the lead for most of the race, but his championship rivals had different thoughts and were in hot pursuit. Dovizioso tagged onto the back of the Doctor’s Yamaha, but the veteran made his experience count. He perfectly managed the pace at the front, keeping his compatriot at bay until three laps to go, when Rossi was put into the claws of Viñales, who pushed him to third.

Today’s results see Viñales and Rossi hold third and fourth place respectively in the championship standings, the former with a 13-point margin to the leader, the latter with a 26-point gap to first. Yamaha holds its lead in the Constructor rankings with 7 points, and the Movistar Yamaha MotoGP Team reclaimed the top spot in the Team championship classification with a 5-point lead.

The MotoGP paddock will be back in action in a fortnight, when they will battle at the Misano World Circuit Marco Simoncelli during the Gran Premio Tribul Mastercard di San Marino e della Riviera di Rimini. 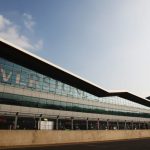