The Movistar Yamaha MotoGP Team made their first steps in the 2017 MotoGP title challenge today at the Grand Prix of Qatar.

Riders Maverick Viñales and Valentino Rossi didn‘t hold back in the first free practice session of the season at the Losail International Circuit, securing first and ninth position respectively.

Viñales fell right back into his winter testing groove and smoothly built up his pace as he circulated the track under the floodlights. With all 23 MotoGP riders eager to start the 2017 World Championship, traffic offered an extra obstacle, but the young Spaniard was unfazed and stormed to the top of the standings with a 1‘55.668s lap and more than 30 minutes remaining.

Feeling confident with his progress, Viñales worked on the bike‘s electronics around the 5.4km circuit. His time set in the early stages was untouchable for the competition until the pace picked up in the final minutes of the session. However, he wasn‘t shy to respond and dropped a 1’54.739s for the provisional lead in the standings. Showing he meant business, he followed it up with a 1’54.316s lap to extend his lead after day one to +0.596s.

Despite the Losail track being quite dirty and windy at the start of the 45-minute practice session, teammate Rossi needed less than 10 minutes to breach into the top three, with a 1‘56.695s. Fully focused on getting his YZR-M1 completely ready for the first race of the season, he worked on improving his feeling with the front while the pace of the field quickened.

The Doctor used his expertise to further improve his times, shaving off tenths in various parts of the circuit. He ended the day with a 1‘55.799s lap for sixth place, 1,483s from the leading time, but was pushed to ninth position as a few riders left their flying lap to the last minute. 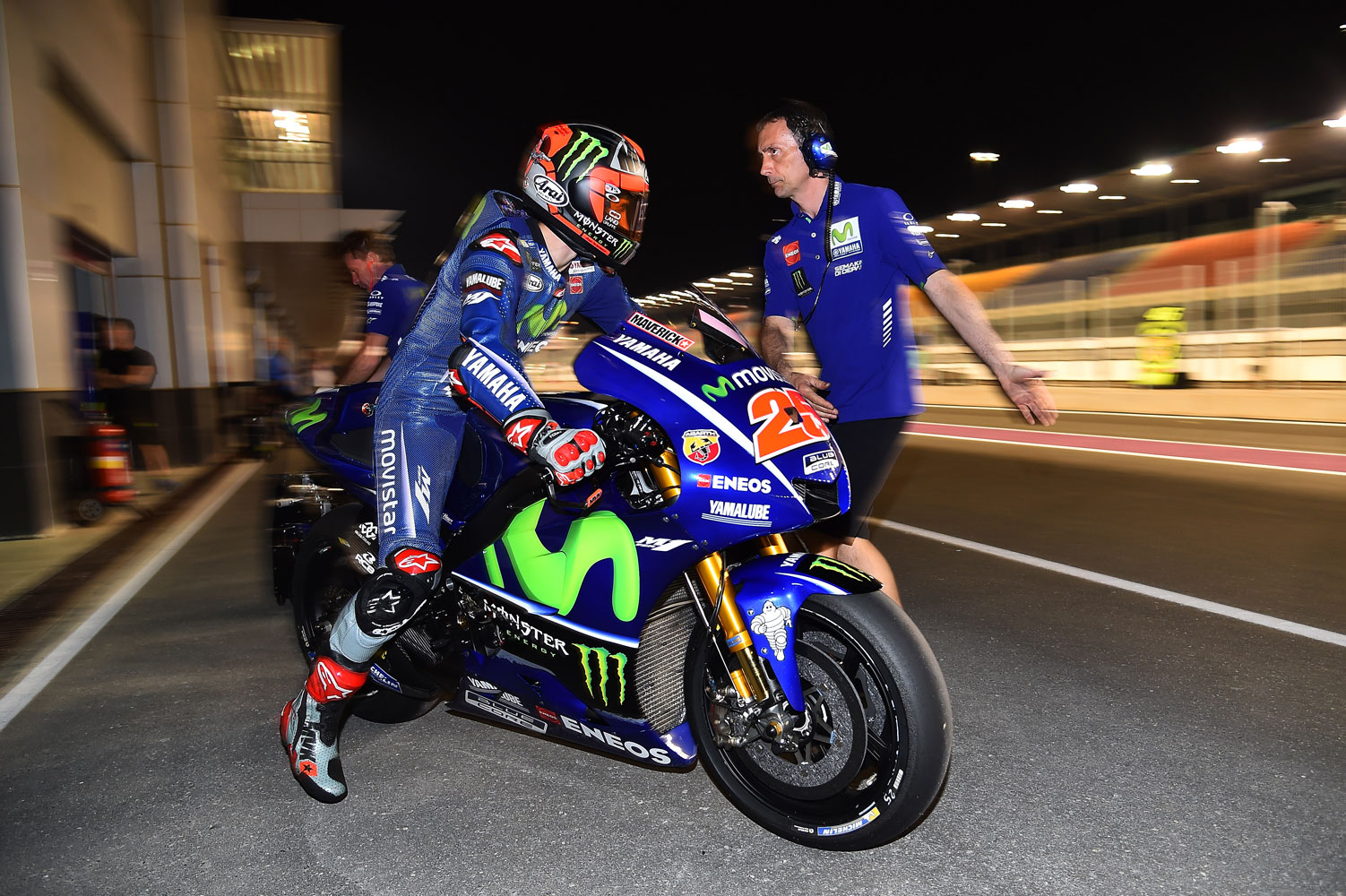 We have officially completed the first timed session of the MotoGP season and we are satisfied with today‘s results. Maverick started exactly in the same way as he finished the winter testing. He continues to show his fast and consistent pace whilst trying different settings. His 1‘54.316s lap time was impressive and boosts our confidence, but we believe there‘s still a margin for improvement. Vale started this free practice with a different weight distribution than during the test a fortnight ago, because they are still working on improving his feeling with the bike. Even though he‘s still not 100% satisfied, they found some important information, so we are quite confident that he will be making improvements in FP2 and FP3. Tomorrow the riders will be putting their attention towards making another step concerning the race distance.

I‘m feeling good. During the last part of the test I felt confident and today I felt the same. I went out on the same bike and the track was looking good, so I just pushed and tried to do my best. The bike is working great and the team is doing a good job all the time and we improved the electronics a bit, so that helped to set today‘s lap time. At the end, I put in a new tyre and set that 1‘54.316s. The important thing is that tomorrow we‘ll work really hard on the race pace. Today we were feeling good on the medium tyres and I was able to set nice lap times, but we decided to put in the new tyre anyway, so in case it rains tomorrow we‘ll be in Q2. The track was little bit dirty and windy on the first couple of laps, but then the wind calmed down so we had more power on the bike and that helped a lot. The first laps were quite difficult with the wind, the bike was wheelying and there wasn‘t a lot of grip on the circuit, but suddenly the track improved a lot and when I put in the new tyre I just had to push and go for it.

The performance was not fantastic, but I‘m in the top ten and this is good because we don‘t know what the conditions will be like tomorrow. With the softer tyre I thought I would be able to push a bit more and improve by some tenths, but with the race pace we are a bit far behind and we have to find something better. At the end of the practice we did some modifications that could be not so bad, so tomorrow we will try to understand if we‘re closer. I hope we can improve. 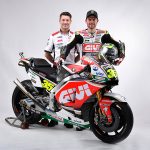 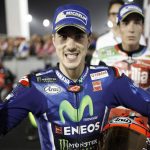