Aaaaaaah, Formula 1, the pinnacle of motorsport, the highest form of four wheel racing and, without a doubt, one of the most popular sports in the world. While some claim that auto racing was born the day the second car was built, there is something about Formula 1 that makes it so appealing and fascinating and yet so distant from traditional autosport.

A thrilling mix of state of the art technology, glamour, adrenaline and luxury, Formula 1 is not only a sport, but a high-end marketing platform, a top business suite and a never fading red carpet for the famous and the wealthy.

It’s therefore no surprise that brands all over the world have been queuing at the doors of teams and organizations to pen multi-million dollar Formula 1 sponsorship deals. Since the sixties, F1 has been sharing its way with the world’s biggest companies and industries, starting with tobacco and moving on to banks, carriers, tech companies and now Forex traders and crypto brands. 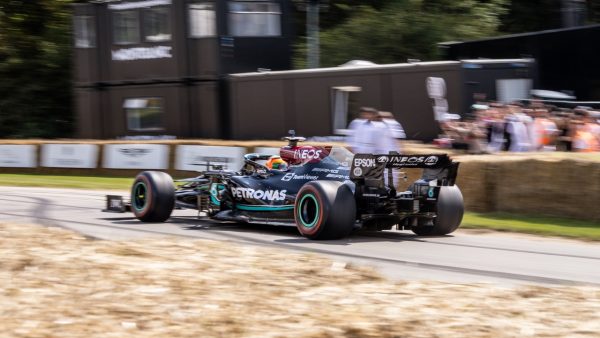 Formula 1 rules and the importance of competitiveness

Some say much of Formula 1’s fascination and beauty comes from its inner difficulties, from the many details of a highly-structured rule book and from the challenges posed by agame that’s more strategical and tactical than based on the brute force of 1000+ BhPs.

Others think that racing has become too complex and far from its inner idea, which should be basically based on “let’s see the fastest car from here to there”. DRSs, MGUs, tyre compounds, undertakes, double strategies, slipstream turbulences and other contraptions might be every engineer’s wild dream but may push the casual fan away.

At the cornerstone of this everlasting debate is, of course, the need for an increasing competitiveness. A closer field is more entertaining to watch, more interesting for F1 sponsors and makes for a thrilling storytelling. That’s music to the ears of sport marketing agencies, commercial offices and agents around the world.

However, there’s little denying that Formula 1 can be a difficult sport to watch for first-timers, as there’s a lot to understand and a lot going on at the same time. So let’s try and shed some light on the matter and list the most common questions about formula 1 racing and every information you’ve ever wanted to know.

How long is a Formula 1 race?

Formula 1 races are approximatively 310kms long and last on average 90 mins (never more than 2 hours for safety reasons). The number of laps of course depends on the length of the racetrack. F1 cars need to lap around Monaco 78 times for example, while it only takes 44 laps of the Circuit de Spa Francorchamps to complete the Belgian Grand Prix.

How do points in Formula 1 work?

Points in Formula 1 are given based to the finishing position of the driver -for the drivers’ championship- and of both drivers of the team -for the constructors’ world championship.

Starting with the 2021 Formula 1 Season, 1 additional point is awarded to the holder of the fastest lap of the race if he manages to finish in the top 10.

How many races in a F1 season?

A 22-race calendar is scheduled for the 2021 season, with possible changes due to the effects of the COVID pandemic and/or circuit homologation. The season started in the sands of Bahrain on March 28th and is set to end, as always in the Yes Marina of Abu Dhabi.

How many drivers and teams are in Formula 1

20 drivers take to the grid every race weekend, with two drivers for each team. However, this season there are currently 21 drivers listed as Gran Prix participants as Alfa Romeo’s Robert Kubica has been subbing in for Kimi Raikkonen for some races during the season.

How does F1 qualifying work?

What is a Formula 1 Pit Stop?

Pit-stops happen during the races, when a driver enters the pit lane area and stops the car in front of the garage, allowing from engineers and mechanics to perform tyre changes or other modifications. Refueling is prohibited in modern Formula 1 races, while the rules authorize wing modifications or tunings.

No, Formula 1 cars are not four wheel drive: all cars on the grid are rear wheel drive. Only 8 manufacturers since the 1950s have tried 4WD in Formula 1, with very poor results.

Who is the Formula 1 current champion?

Is Formula 1 faster than Nascar?

Yes, Formula 1 is faster than Nascar. Thanks to better aerodynamics, a lighter weight and a more efficient engine can top speeds of 372 Kph (Valtteri Bottas at the Mexican Grand Prix). On the acceleration front, F1 cars boost from 0 to 100kph in 2.5 seconds, while it takes 3.4 secs for a Nascar car to reach the same speed. Where F1 single seaters really shine though, thanks to state-of-the art engineering, is cornering speeds.

Companies and well-known brands from all over the world sponsor Formula 1. From Rolex to Aramco, from DHL to Heineken to many more the F1 organization can count on several premium partners, who benefit from international visibility, top-tier B2B and B2C opportunities and plenty of activation chances.

Yes, current Formula 1 cars are propelled by V6 Turbo Hybrid engines. Two Energy Recovering Systems are operating at the same time, one for kinetic energy and one for thermic energy, contributing to the “traditional” combustion technology

How much do F1 cars cost?

It’s a hard guess as almost every single component on a F1 single seater is bespoke, designed and manufactured from the teams themselves and therefore unique. However, several magazines suggest the price tag for a midfield car could range from €10 to €12 Million. The steering wheel alone is rumored to be around €95.000

How many wins does Lewis Hamilton have?

Mercedes’ Lewis Hamilton has won his 100th race at the 2021 Russian Grand Prix in Sochi, becoming the first driver in F1 history to reach such an impressive milestone.

Formula 1 is a complex, exciting platform. More than just a sport, it is the pinnacle of the automotive industry, the dreamland for every fan of motorsport. It is also a perfect base to build new business, to treat your guests, to engage with worldwide audiences and to produce a thrilling storytelling. If you’re ever curious to understand how your business could use Formula 1 to expand, please get in touch today at info@rtrsports.com 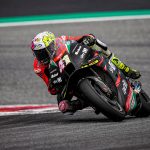 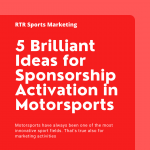