You might know that you want to invest in sports, and what kind of sports will align well with your brand, and how your current customers are likely to respond to certain brand partnerships – but do you actually know whether your carefully planned activations will work?

The answer is, probably not. The only thing to do in this situation is to learn from the best of what has gone before – so, here we’ve brought you a selection of the best recent sponsorship activation examples from recent times so that you can start to get an idea of what works well.

Consumers increasingly want true immersion – and one way to provide this, particularly in sports sponsorship, is through gamification. Nike used augmented reality to put members of the public in LA inside a virtual video game during the launch of its Epic React trainers campaign. The three-day activation had 1.5 million outdoor impressions, 4.4 million via TV (thanks to Jimmy Kimmel), and a whopping 25.6 million views via Snapchat.

One of motorsport’s most successful sponsorship activations examples is racer Ken Block’s Gymkhana series on YouTube. The video series utilized sponsors in a way that was valuable to the viewer, thus giving the videos organic sharing ability and ensuring that the sponsors – which were highly visible – received as wide an audience as possible. Win-win!

In football, top-flight football clubs that have successfully used 360-degree video as part of their sports sponsorship campaigns include Barcelona, Real Madrid, and Paris Saint Germain. Their use of video let fans into training sessions, immersed them in the clubs in real time, and ultimately demonstrated that these teams are at the cutting edge of technology.

We’ve discussed the importance of live events in sports sponsorship activation a number of times on this blog – events still offer a unique way to connect with audiences, even if the industry may appear to edge more towards digital-first activations.

Experiential sponsorship activation examples that have worked well for brands include racing micropigs for Coral and town center “interaction points” for William Hill at Cheltenham, energy tracker treadmills for Puma in New York’s Times Square, and a day-long celebration of the NFL on London’s Regent Street.

Writing specifically about Formula 1, marketing expert Robin Fenwick points out various ways that brands have utilized off-track activations to provide long-term value that also drove sales. Sponsorship activation examples pointed out to include a partnership between Logitech and McLaren, which provided an increase in sales of steering wheels, and Randstad, a recruitment company that teamed up with the Williams team to develop a training academy for talented young engineers.

Of course, social media offers a huge opportunity when it comes to sports sponsorship activation – it’s where adults spend a significant amount of their time, so if you can utilize it to make them feel involved with your brand your campaign success is increasingly likely.

An example from the world of MotoGP comes from Dunlop, in Spain – the creation of FanPics generated nearly six million branded photographs, 51,000 visits to the landing page, 10,500 tags on Facebook, and a 9% tagging rate. The campaign was seen by 120,000 race-goers. Not bad for 90 minutes of work!

Do you want to know what is a  Sponsorship Activation? Want to hear about more sponsorship activation examples? Contact RTR Sports Marketing today at info@rtrsports.com 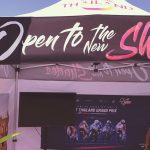 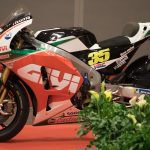 MotoGP Show Bikes: what are they? And how are they used?Sport Sponsorship, Sports Marketing