By Emanuele Venturoli
Posted 1 September 2020
In Marketing Sportivo, Sponsorizzazioni Sportive
Extreme E: what it is where it races and why you should sponsor the new electric rally series2020-09-012020-11-10https://s3.eu-west-1.amazonaws.com/static.rtrsports.com/wp-content/uploads/2020/03/rtr-gold.jpgRTR Sportshttps://s3.eu-west-1.amazonaws.com/static.rtrsports.com/wp-content/uploads/2020/08/extreme-e-3.jpg200px200px
0
0

Extreme E is the new series governed and promoted by Formula E, the world’s leading championship of electric prototypes. Brainchild of CEO Alejandro Agag, Extrame E will see fully electric SUVs race in the most remote and endangered places on the planet, in an explosive mix of extreme racing, environmental sustainability and adrenaline. The championship is scheduled to set off in January 2021, from the pink waters of Lac Rose in Senegal. 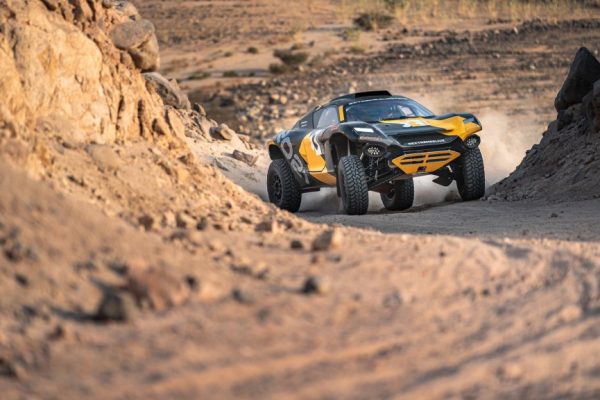 From Formula E to Extreme E

One thing the eclectic founder Alejandro Agag is certainly not lacking is creativity. You need look no further than the ingredients making up the Extreme E recipe to see that the project is certainly not without originality: a revolutionary electric SUV , a floating paddock created from a Royal Mail ship, race locations that range from glaciers to rainforests, a line-up of drivers from all the furthest corners of motorsports and more besides. Seriously, listing them all together, it sounds like a videogameinstead of a racing series.

However, Extreme E was in the pipeline for a while, at least according to the leading players in the series, and it was created precisely during the first – very successful – seasons of Formula E in recent years. The two series are in fact based on the same cardinal points: electric mobility, environmental sustainability and a radically new concept of motorsport capable of transforming the traditional relationship between competition, circuit and spectator.

As mentioned at the start, the whole programme of this series seems to be out of a Marvel comic or a latest-generation videogame. Naturally, the list couldn’t be without the most important piece of the puzzle, meaning the prototype used to race in the competitions. Odyssey 21 (even the name is a programme) is the fully electric Super SUV that will carry the competitors across the remotest areas of sand, ice and forest on the planet. Manufactured by Spark Racing Technology – which is also behind the single seater for Formula E – the electric racing car will weigh around 1650 kilos, with a maximum power of 400KW/500BHp and top speed of 200 km/h. On this point, there is a rather surprising claim on the Extreme E website, which states that the car is capable of going from 0 to 100 km/h in 4 seconds on a 130% slope, which is well beyond a 45° gradient.

The standard parts that are supplied to the teams include the chassis and the crash structure, the battery made by Williams Advanced Engineering and the special Continental tyres. As for the body, the Teams can choose different options: use the body provided by the championship, work with an OEM to produce one ad hoc or use their own as an effective form of self-promotion. 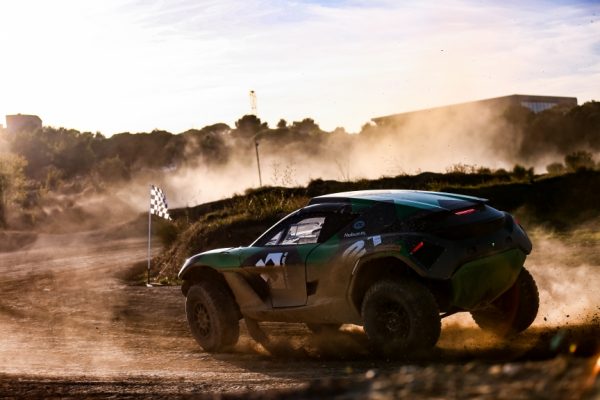 For motorsport fans, the choice of drivers that the new electric series has presented on its website is particularly interesting. It could be because it’s fashionable or simply a question of foresight, but “diversity” is the key word when you read the names of the Extreme E competitors. Women and men, young and no longer so young, famous and non, but – and above all – coming from all areas of international motorsport. The idea is absolutely fascinating, it must be said.

From Sebastien Ogier (6 times WRC winner) to Billy Monger, from Jamie Chadwick (winner of the W Series) to Nelson Piquet Jr (first Formula E champion), from Timo Scheider (twice DTM champion) to Sam Sunderland (who won the Dakar Rally…on a motorcycle): the list is long and interesting and promises to delight fans of all motorsport disciplines.

There should be a total of between 10 and 12 Teams after withdrawals, even though there are only five official competitors at the moment: Venturi, HWA, ABT, Veloce Racing and QEV.

This, perhaps – though this is purely a personal opinion – is the real challenge for the Extreme E series, that is to say managing to get on board the world’s biggest SUV manufacturers, in the same way as Formula E has successfully included the biggest car manufacturers. The big names can offer stability, credibility and, let’s admit it, money.

The dual issue of environmental sustainability and efficient electric mobility had already been raised from the very earliest days of the Formula E championship. Is it possible – it was wondered back then – to design cars capable of exciting spectators and drivers without the use of fossil fuels? The answer lies in the fast growing Formula E audience ratings: not only has the series successfully captured the attention of public and media, it has also – thanks in part to first-class technological innovation – created fast, robust and reliable cars.

Together with these two issues, Extreme E also raises another equally interesting question: are we really aware of what is going on in terms of climate change in the remotest areas of the world? What happens to glaciers with global warming? What happens to forests with the shifting of tropical zones? What happens to expanding deserts?

This is why the new championship, promising a zero carbon footprint, will race in 5 environmental macrozones: the arctic, glaciers, the rainforest, the desert and the ocean. For each of these macrozones, Extreme E provides a reason why.

For example, as concerns the Arctic: “Climate change has led to the Arctic warming at twice the global average. The knock-on impacts of this include accelerated melting of the ice cap, rising sea levels and severe pressure upon species highly specialised to their biome such as the PolarBear and RingedSeal.” 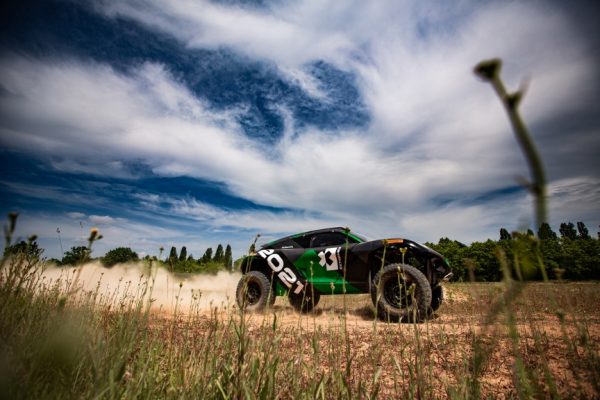 Perhaps the most incredible story of Extreme E, as if it needed one, concerns its floating paddock, the RMS St Helena.

For decades, the Royal Mail Ship St Helena was the sole point of contact between the mainland and Saint Helena Island, a remote outpost in the South Atlantic Ocean between Africa and South America, famous for being the place of imprisonment of Napoleon Bonaparte until his death. Every three weeks, the RMS St Helena cast off for the five-day sail from Cape Town to the island, home to 4,500 British citizens.

Alejandro Agag bought the now venerable RMS St Helena from the British government and gave it a green makeover, fitting large solar panels and essentially rebuilding it from top to bottom. The hold of the huge ship will be the home of the Extreme E paddock: cars, workshops, spare parts and racing equipment will all be found in the “belly” of the boat, which will become the very first self-propelled paddock in history.

The RMS St Helena, says Agag, has also been equipped to serve as a research vessel. Whilst the paddock is found in the hold, other areas of the ship have been converted into a travelling marine laboratory, a bit like Cousteau’s famous Calypso. 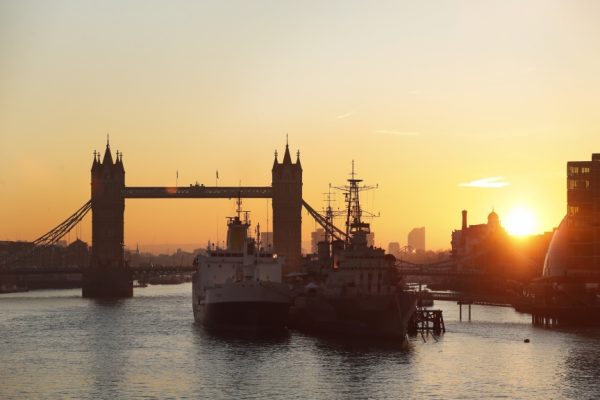 As is normal, this blog must investigate the issue of sport sponsorship of this new series. Of course, it is very hard to talk about partnership in a championship that hasn’t yet started and that – at the moment – has all its assets only on paper.

As already mentioned in the various articles of this blog on Formula E, environmental sustainability (among others) is an absolutely central theme in communication and marketing today. As public attention shifts – rightly – to the serious conditions of our ecosystem, it is the duty of all businesses to reduce own environmental impact and associate themselves with causes that promote this perspective.

In this sense, sponsoring Formula E and sponsoring Extreme E offers a wealth of added value. In particular, this very new series, which combines electric mobility with awareness of the situation in certain geographical areas, can have strategic functions in the communication of businesses particularly interested in protecting certain geographical areas or in developing new technologies for a more sustainable world.

Beyond the important environmental issues, in any case, Extreme E offers a concentrated mix of excitement, adrenaline and great stories to tell. It combines the thrill of racing with that of rallies in remote places, blending a range of high-visibility ingredients, such as travelling aboard the St Helena and the development of this prodigious SUV that promises to rewrite the school manual on this type of vehicle. On this subject, it is interesting to reflect on the choice of this type of vehicle (not a real rally car, not a real offroad vehicle, not a typical sedan), which is evidently dominating global interest in the automobile market, with all the leading manufacturers busy designing very high-end SUVs and Super SUVs.

As pointed out earlier, interest by these manufacturers will play an essential role in the success of Extreme E sponsorship. If big names such as Audi, Porsche, BMW and so on were to get involved with the series, we really could see a sudden surge in interest from all sorts of industries, as happened with Formula E. Certainly, this sort of championship offers sponsors and partners an inestimable wealth of high-impact images and videos, as well as fascinating storytelling with great depth of meaning: assets which are all absolutely essential in the world of communication today.

There is less than a year to go to the official launch of the series. It will be an important year, especially from a commercial and organizational point of view, now that the foundations and the general scheme of the championship have been established. In the coming months, we will see developments and updates, which will indicate whether Extreme E will also enjoy the same immediate success of its big sister, Formula E. It goes without saying that these same months will be strategic for investors and sponsors who want to becomeearly adopters of the discipline, a “high-risk” bet potentially capable of offering significant rewards. 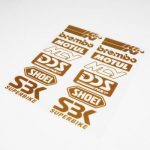 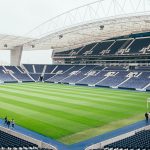 Sport, lockdown and sponsorship, where are we heading in the next few months?Marketing Sportivo, Sponsorizzazioni Sportive, Sport Sponsorship, Sports Marketing