A brief anecdote. Recently, the marketing manager of a company told me that they would not sponsor motor sports because of the polluting effects caused by cars and motorbikes. I was informed about this decision at the end of a very nice lunch during which we were served fruit (of very unusual size) which I was told to come from Chile (grapes) and from Morocco (strawberries) when I asked about its place of origin. Needless to say, the gentleman I had lunch with did not consider that the very lovely fruit we were having was not “zero impact”, given the long distance it had travelled from the other side of the world to our table.

Companies willing to associate their brand to motor sports now have an answer to their environmental concerns: Formula E, a very low environmental impact series involving non polluting, noise-free, electric cars that race in the centres of some iconic cities, such as Hong Kong, Mexico City, Rome, Paris, Berlin, New York, just to mention a few of the cities hosting the championship. Starting from next year, electric motorbikes will also make their debut. No more excuses, then. Despite this, there are still people making declarations as the initial one in this post and use products with a huge “carbon footprint” – as English-speakers call it.

Whatever we do has an impact on the environment around us, starting from the cup of milk we drink in the morning up to the last item of clothing we put on. Everything has an environmental impact and the more we consume products far from their place of production, the bigger the footprint. All human activities bring about some forms of pollution, after all, the worst cases being linked to the food processing and meat production industries, but this will not stop us from eating, will it?

Anyway, if you like Formula E you should read more about Formula E agency!

Wouldn’t it be nice if we could all really move to zero km products instead of merely reading quite obvious preaching articles everybody posts on their websites? Wouldn’t it be nice to find a little consistency between what we say/write and what we do? here is an example of what I mean. I went to Whole Food in the afternoon to buy some food and I was given a nice, recycled and natural-looking paper bag containing a roast chicken packed in a plastic shell that is likely to be left in the environment for the next 100 to 1000 years. This gives us some food for thought and motor sports the chance to review their communication strategy.

On the other side, we should move ahead of noise and pollution and start considering the extent to which races have helped the progress of the 2 and 4 wheel industry: improvements in terms of reliability and consumption which have a direct impact on pollution; improvements in construction and in the use of materials that have an impact on safety in the event of an accident; the possibility to recycle many of the components fitted on the motorbikes/vehicles; the introduction of driving aids such as the power steering, brake servo and ABS which increase the level of vehicle dynamic safety. The list may continue with the million jobs that the industry of mobility has created over time, although we are all aware of the need and hope that it will be less polluting in the future.

Noise and pollution are just two slices of a larger cake which includes progress, enhanced mobility and zero impact races (in the past four years at least). This is why no more valid excuses exist for companies to refrain from taking a chance with motor sports. 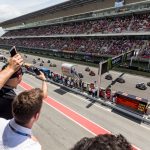 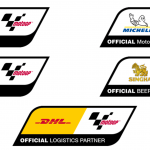 Sponsorships and product categories: the guarantee of exclusivitySport Sponsorship